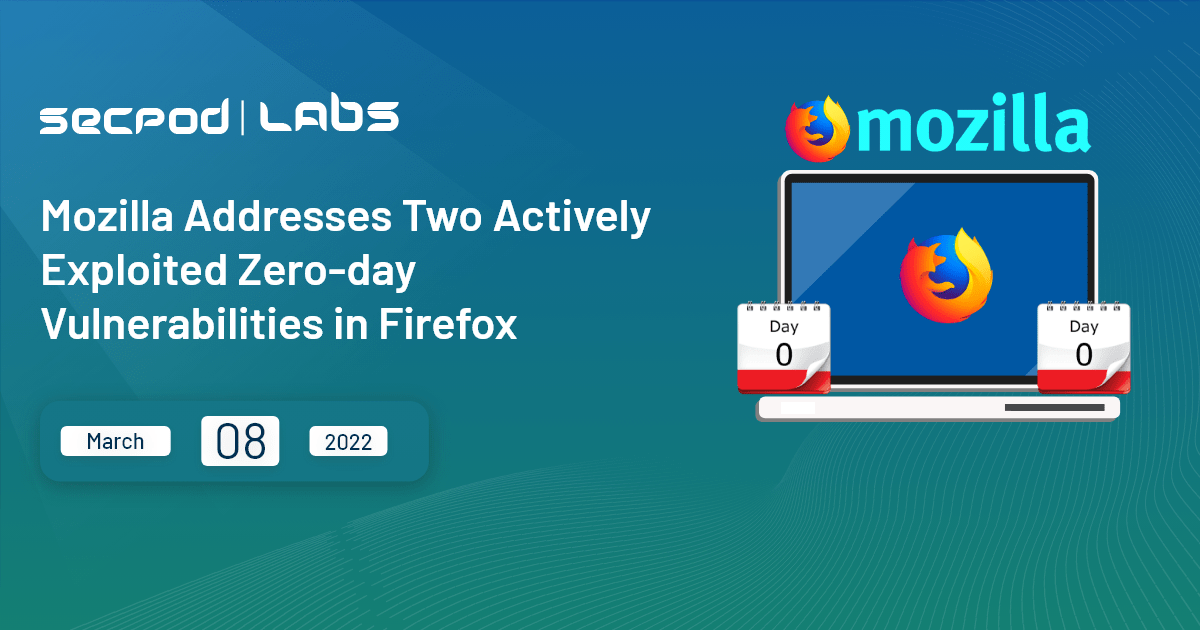 The zero-day vulnerabilities fixed by Mozilla are:

Both the zero-days are known to be use-after-free issues in different components. A use-after-free (CWE-416) issue is one where memory is referenced after it is freed. Vulnerabilities of this type can be used to corrupt memory and launch denial of service or remote code execution attacks. Depending on the privileges of the targeted user, an attacker can install programs, view, change, or delete data; or create new accounts with full user rights.

Successful vulnerability exploitation may allow an attacker to compromise the vulnerable system.

SanerNow VM and SanerNow PM detect these vulnerabilities and automatically fix them by applying security updates. Use SanerNow and keep your systems updated and secure.