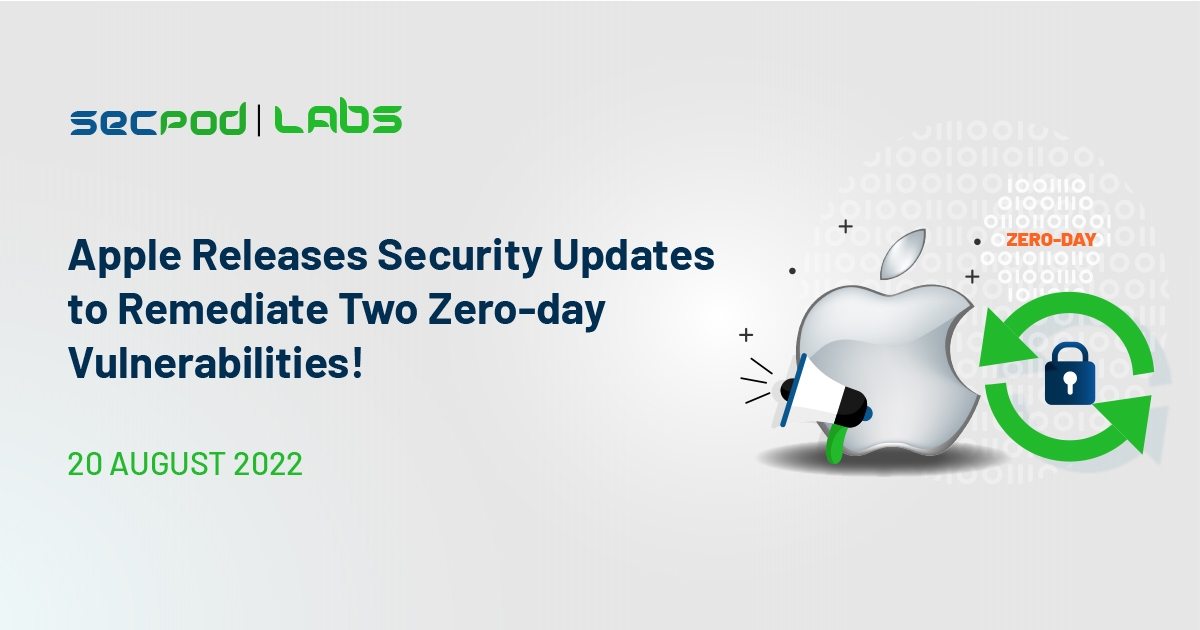 The patch for this issue is included in recent releases for macOS and other Apple products. Apple is aware that threat actors use these vulnerabilities to exploit the wild. Apple has also released an update for watchOS (watchOS 8.7.1), but no CVE is associated with that update.

Safari and other web-accessible apps run on the WebKit web browser engine.

The standalone update is also released for Safari, which will take you to Safari 15.6.1. Simply updating Safari will not patch CVE-2022-32893 and CVE-2022-32894. Safari can’t be considered as a workaround, other apps can access the web which will trigger the vulnerability.

SanerNow VM and SanerNow PM detect the vulnerabilities and automatically fixes them by applying the security update. Use SanerNow and keep your systems updated and secure.