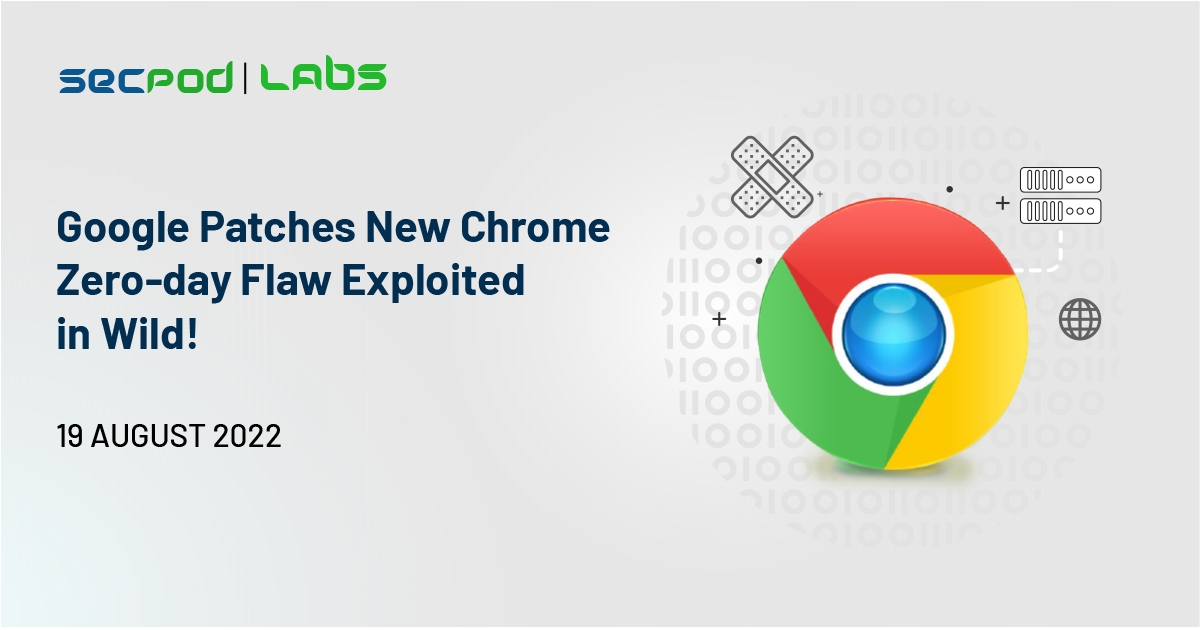 Most of the vulnerabilities in the advisory released on August 16th address a Use after free vulnerability sharing critical and high severity in various components such as  FedCM, SwiftShader, ANGLE, Blink, Chrome OS Shell and Sign-In Flow. Google recommends Chrome browser users patch their applications immediately by installing the latest version.

CVE-2022-2856: Intent is not validated properly for untrusted input

Google Chrome’s Intents  is the vulnerable component. It is a mechanism for triggering apps directly from a web page, in which data on the web page is fed into an external app launched to process that data. This bug was reported by Ashley Shen and Christian Resell of Google Threat Analysis Group on 2022-07-19.

The tech giant has refrained from sharing additional specifics about the exploit until most of the users are updated. “Google is aware that an exploit for CVE-2022-2856 exists in the wild,” it added in the advisory.

Impact:
Successful exploitation of this bug leads to silent feeding of the local app with the sort of risky data that would typically be blocked on security grounds.

As listed below, seven of these bugs are Use After Free caused by memory mismanagement, which is a flaw associated with improper use of dynamic memory while a program is running.

If the program fails to remove the pointer assigned to a dynamic memory region after releasing it, an attacker can use this error to compromise the program. This may result in arbitrary code execution, data corruption, or program failures.

SanerNow detects these vulnerabilities and automatically fixes them through patch management by applying security updates. We strongly recommend applying the security updates as soon as possible, following the instructions published in our support article.