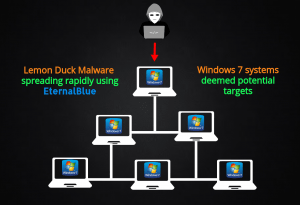 Lemon Duck is a monerocrypto-mining malware. This malware was first spotted in China but has hence spread to other parts of the world. Lemon Duck starts with single infection and spreads rapidly across the entire network converting the resources of an organization into cryptocurrency mining slaves.

Researchers from TrapX-Labs have reported that Lemon Duck has especially targeted IoT Devices running Windows 7 Embedded in its campaigns. Microsoft has declared that no further updates would be released for Windows 7. In the absence of regular updates, the severity of the upcoming malware attacks on systems running Windows 7 could be disastrous. Also, it is distressing to indicate that 200 million devices are still using the outdated Windows 7.

Lemon Duck malware was written in Python using PyInstaller for compilation. This malware’s main strategy is fileless infection using PowerShell modules. The infection on the network happens through the exploitation of a critical SMB vulnerability(CVE-2017-0144) and brute-force attacks.

2) Windows LNK Remote Code Execution Vulnerability (CVE-2017-8464): LemonDuck infects removable USB drives and network drives by implanting malicious DLLs in a folder along with a shortcut (LNK) file. When a user opens the drive in any application which parses the .lnk Shortcut file, the shortcut executes the malicious DLL component.

5) Brute forcing of MS-SQL servers: A script included in the malware checks for an open port 1433/TCP used by the Microsoft SQL service and tries to brute force against the “SA”(system administrator) user account.

SanerNow lists the potential targets for malwares in an enterprise network (shown in the figures below). 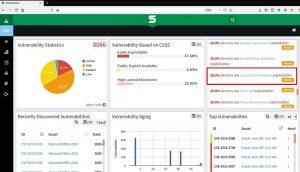 Fig1. SanerNow listing of potential targets in an organization for Lemon Duck Malware 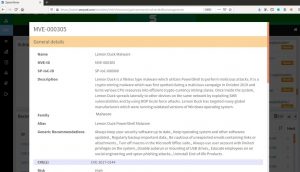 SanerNow detects and mitigates the vulnerabilities which could be used as infection vectors for spreading Lemon Duck Malware. Download SanerNow and keep your systems updated and secure.

1) Keep your systems up-to-date with the latest security patches.
2) Use strong and complex passwords
3) Refrain from opening any suspicious emails or links.
4) Manage network shares and disable anonymous logins. 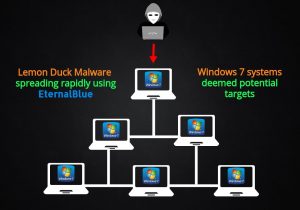