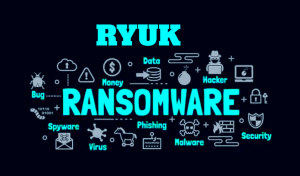 RYUK is a ransomware which was first spotted in the year 2018 being distributed as a part of a targeted campaign. The attacks using this ransomware are well planned and highly targeted. This ransomware is known to have encrypted a number of PCs, storage and data centers in various organizations. The attackers behind this ransomware have carefully curated the ransomware to target highly sensitive data in large organizations to extort the highest ransom amount possible. Ryuk is considered a high profile ransomware due to its wide impact on the networks it infects, high ransom demands, and reports of having earned close to 3.7 million dollars. Reports indicate that Ryuk was responsible for 23.9% of the ransomware attacks against enterprises.

A careful analysis of the malware reveals the extensive research that the ransomware attackers perform in mapping networks and collecting credentials of their targets. Ryuk has meddled with the functioning of a number of organizations and has created huge losses for them. Ryuk encrypted files are identified by the .RYK extension and the RyukReadMe.html ransom note left behind on infected systems.

Ryuk ransomware has made close allies with other attackers to muscle in on large businesses. Check Point researchers found close connections of this ransomware with a North Korean group named Lazarus and code similarities with another ransomware called Hermes. Ryuk follows the same encryption procedure as that of Hermes. Ryuk is also known to have rented other malwares as an Access-as-a-Service to gain entrance to a networks. Ryuk leveraged TrickBot and Emotet malwares to infiltrate organizations. TrickBot and Emotet, which were distributed in large malspam campaigns, create a reverse shell back to the Ryuk attackers giving them remote access to the infected machines to install ransomware.

How can Ryuk infect your system?

Ryuk ransomware has exploited the following vulnerabilities for infection:

SanerNow lists the potential targets for malwares in an enterprise network(shown in the figures below). 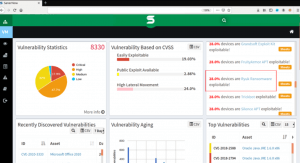 Fig2. SanerNow listing of potential targets in an organization for Ryuk Ransomware 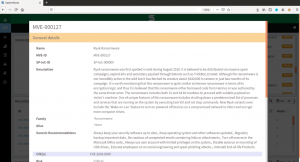 SanerNow detects and mitigates the vulnerabilities which could be used as infection vectors for spreading Ryuk ransomware. Download SanerNow and keep your systems updated and secure.

[…] vulnerabilities. For example, the Ryuk strain of ransomware, which is responsible for approximately 23.9% of attacks against enterprises, exploits vulnerabilities in Adobe Acrobat and Reader and Internet […]