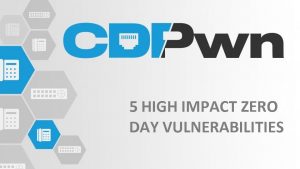 Armis Security Inc., a cybersecurity firm based in United States, has discovered five critical vulnerabilities in a networking protocol developed by Cisco. These flaws could enable hackers to target virtually all devices, from data center switches to cameras and IP phones worldwide. These vulnerabilities were disclosed when Cisco released fixes for affected devices.

The term CDPwn was coined by Armis to collectively identify the flaws in Cisco Discovery Protocol(CDP). CDP is used by administrators across enterprises to identify devices on their networks. These flaws affect those Cisco products which are using the CDP protocol.

What is Cisco Discovery Protocol?

CDP is a proprietary Layer 2 protocol developed by Cisco Systems. It is used to share information about connected Cisco devices such as IP Phones or Switches across an enterprise network. The information which is contained in CDP announcements can vary by the device type and the OS version running on it. It can have the OS version, hostname and IP address from all protocols configured on the port where CDP frame is sent, the port identifier from which the announcement was sent, device type and model, duplex setting, VTP domain, native VLAN, power draw (for Power over Ethernet devices), and other device-specific information.

The following four vulnerabilities are critical RCE bugs, each CVE affecting a different mechanism that parses CDP. An attacker can send a maliciously crafted CDP packet to a target device located inside the network to exploit the vulnerability.

Out of the various details shared by CDP protocol, this vulnerability exploits the power draw (for Power over Ethernet devices) request field in CDP packets. To exploit this stack overflow vulnerability, an attacker can send a specially crafted CDP Packet with an increased power level than the one which the switch wants to receive. A packet containing too many PoE request fields will trigger this vulnerability on affected devices. By exploiting this vulnerability, an attacker could gain full control over the switch and the network composed of different subnetworks or VLANs. This flaw exists because the Cisco Discovery Protocol parser does not check the input for the PoE field in a CDP packet properly.

If an attacker successfully exploits this vulnerability, it could allow the attacker to execute arbitrary code with administrative privileges on an affected device.

If an attacker successfully exploits, he can cause a stack overflow to execute arbitrary code with the highest privileges on an affected device and can gain full access over a network and its subnetworks.

Cisco IP phones also rely on CDP for management purposes such as configuring to the VLAN, a phone should be connected to. The IP Phone can also request specific PoE parameters and the switch to which it is connected can enable or disable those parameters using CDP.

This flaw allows an attacker to send Ethernet broadcast packets over a network which can cause DoS on vulnerable devices.

A heap overflow vulnerability exists in the parsing of CDP packets in the implementation of the Cisco 8000 Series IP cameras. Since Port ID field of CDP packet is not validated by the CDP parsing mechanism, an attacker can exploit this by enclosing a very large value to the PORT ID field. On top of it, this heap overflow can contain attacker-controlled bytes and can be triggered multiple times by an attacker.

To understand what this vulnerability does, we need to understand what is ASLR?
ASLR is a security technique which involves randomly positioning the base address of an executable and the position of libraries, heap, and stack, in a process’s address space. The random mixing of memory addresses performed by ASLR means that an attacker can no longer know at what address the required code is located.

An attacker can successfully exploit remote code execution since IP Cameras do not use ASLR.

An attacker can cause the CDP daemon in a router to allocate memory more than needed. Since there is no validation method to check memory allocation, it can cause the process to crash. If an attacker repeatedly tries to allocate huge memory than needed, the router in the targeted network will eventually reboot.

If an attacker successfully exploits this vulnerability, he can cause a complete DoS of the target router.

Network segmentation is a practice of dividing an enterprise network into multiple smaller subnetworks, where each division is known as a network segment. Such a division has many advantages like improved security, reduced network traffic, controlled environments and restriction of the risk of any failure to the subnetwork itself. This segmented network can be broken by the disclosed CDP vulnerabilities. The prime devices in any enterprise are routers and switches that efficiently connect devices. And as it turns out, they can be the most vulnerable assets as well. Since they contain access to all network segments, they can be used for unauthorized data access. 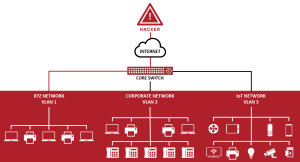 Switches handle many link layer protocols which are specific to them, attack vectors and vulnerability comprised can be severe as it can attack the whole enterprise. Also, most of the port switches, whether used or not, are enabled by default and can only increase the risk of an attack. CDP is one of the protocols that is enabled by default.

An attacker can gain access to a device that is a part of a network segment, can extend the attack to devices connected under the same subnetwork. To target devices on different network segments under the same network, an attacker has to target the switch to which he is connected to. Once the attacker has gained access to a switch, he can have lateral access across all devices in a network. A switch can be more of a liability rather than an asset since its a relatively insecure device. An attacker can carry a man in the middle attack via a switch. An attacker can even hide specially crafted traffic across the switch to monitor or eavesdrop the network.

This scenario can be viewed once we have gained complete access to the network. In order to successfully exploit the vulnerability and gain access to IP phones and cameras, an attacker has to send a specially crafted broadcast packet across the entire network and subnetwork, though only Cisco IP Phones and cameras are affected by the vulnerability. 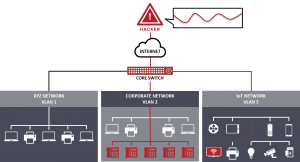 Updates for all the above disclosed CVEs are available on Cisco Security Advisory page. Since CISCO has already provided updates to fix the vulnerabilities, it is highly advised to install them and safeguard the networks against emerging threats. 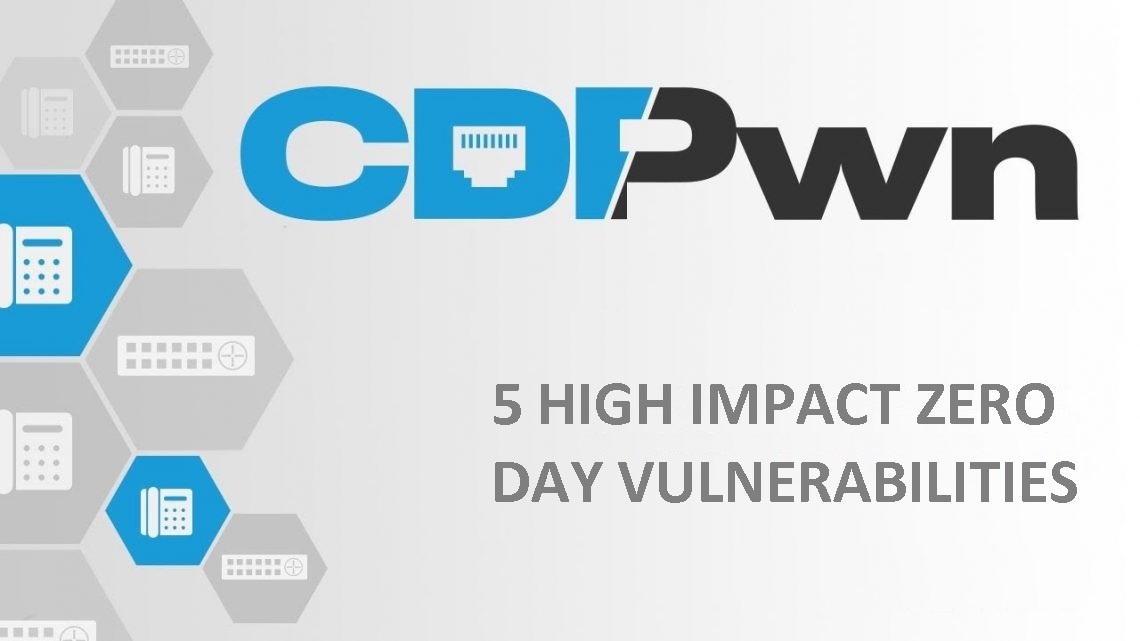