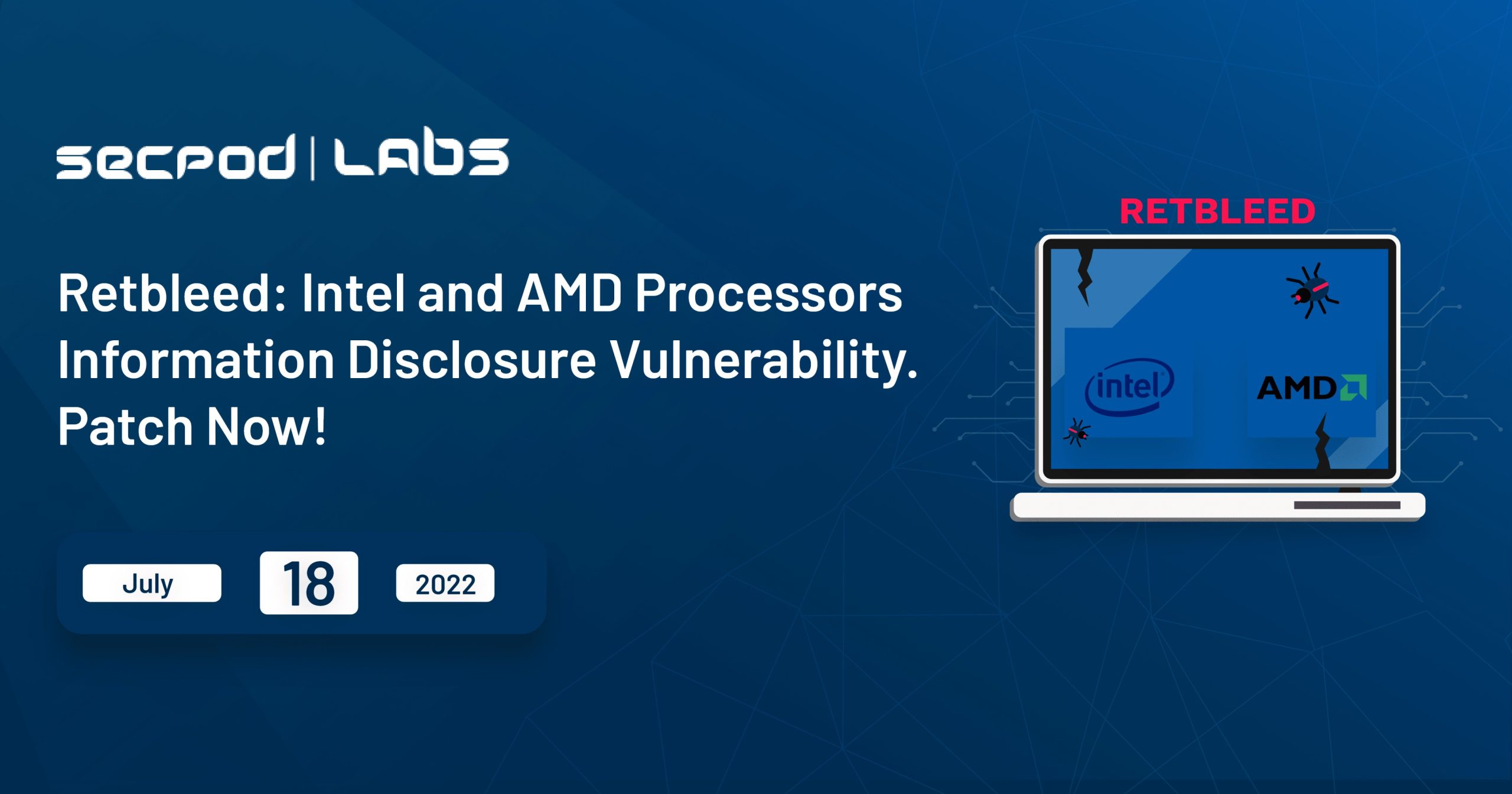 A new Speculative execution attack is discovered that affects both Intel and AMD processors that can result in information disclosure vulnerability, and it is tracked as CVE-2022-29900 (AMD) and CVE-2022-29901 (Intel). There is no information available about the active exploitation of this vulnerability. The new Spectre version (Speculative execution attack) can get through the kernel’s retpoline mitigation and leak arbitrary data. Reptoline is used to manage how the CPU performs speculation when “jmp” and “call” are being executed. Under specific microarchitecture-dependent circumstances, an attacker with unprivileged user access can hijack return instructions to perform arbitrary speculative code execution.

The basic idea is to force statements to be predicted as indirect branches, essentially eliminating Retpoline’s protections, and to regard return instructions as an attack channel for speculation execution.

A software-based solution called Jmp2Ret prevents an attacker-controlled BTB entry from ever being used to forecast privileged “ret” instructions, which lessens the risk of BTC-RET.

IBRS is pre-installed on Windows systems, thus an update is not necessary.

It is strongly recommended to deploy security updates to patch these vulnerabilities at the earliest.
Use SanerNow and keep your systems updated and secure.