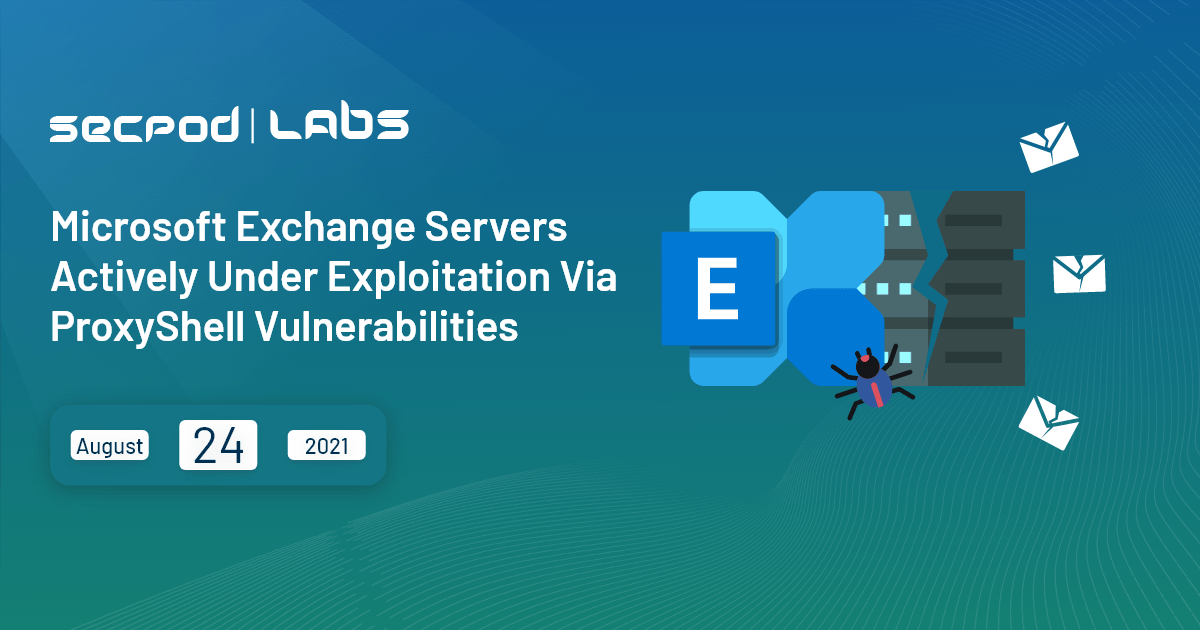 Many malware have also started using these ProxyShell vulnerabilities for taking over vulnerable systems. One of these is a new ransomware gang known as LockFile, which on gaining a foothold on the system, deploys LockFile ransomware and encrypts Windows domains. It targets organizations working in financial services, manufacturing, engineering, legal, business services, travel, and tourism. LockFile attacks have been reported mostly in the U.S. and Asia.

This flaw exists in the Powershell service and exists due to improper validation of an access token prior to executing the Exchange PowerShell command. An attacker can use this vulnerability to elevate privileges and combine it with other vulnerabilities to execute arbitrary code in the context of SYSTEM. This vulnerability falls into a “Critical” severity with a CVSS base score of 9.8 ( AV:N/AC:L/PR:N/UI:N/S:U/C:H/I:H/A:H ).

This flaw exists in the mailbox export feature due to improper validation of user-supplied data and can allow the attacker to upload arbitrary files. This vulnerability also when combined with some other vulnerabilities can be used to execute arbitrary code in the context of SYSTEM. This vulnerability falls into a “High” severity category with a CVSS base score of 7.2 ( AV:N/AC:L/PR:H/UI:N/S:U/C:H/I:H/A:H ).

Successful exploitation of the Exchange Server could result in remote code execution and compromise of the system.

SanerNow can detect these vulnerabilities. It is highly recommended that the affected systems should be patched as soon as possible.