The Server Message Block Protocol (SMB protocol) which runs over TCP port 445 is a client-server communication protocol used for sharing access to files, printers, network browsing, and inter-process communication over a network.

Security researchers from ZecOps have discovered a new critical vulnerability ‘SMBleed’ affecting the Server Message Block (SMB) protocol that could allow attackers to leak kernel memory remotely, and when combined with a previously disclosed “wormable” RCE vulnerability (SMBGhost), allows attackers to gain RCE control over the SMB server or client.

The flaw exists in SMB’s decompression function, this is the same function(Srv2DecompressData) in the srv2.sys SMB server driver as with ‘SMBGhost’ or sometimes known as ‘EternalDarkness’ vulnerability (CVE-2020-0796), which came to light during Microsoft’s Patch Tuesday, March 2020, potentially opening vulnerable Windows systems to malware attacks which could spread across the network and infect other machines within no time. This flaw was found in the SMBv3.1.1 protocol while handling compressed data packets.

Although Microsoft had released the SMBGhost patch for all affected versions, recently security researchers have unveiled a new critical vulnerability that’s related to SMBGhost, which has been named as ‘SMBleed‘.

All this news has come shortly after the SMBGhost exploit code was released publicly last week in a PoC. Cybersecurity and Infrastructure Security Agency(CISA) advised the users to update their Windows 10 machines without any delay.

The exploitation of these vulnerabilities could allow remote attackers to access sensitive information or execute arbitrary code on the target systems with unpatched SMBv3 server/client.

Microsoft has released a security fix for SMBleed at its monthly Patch Tuesday updates for June 2020. 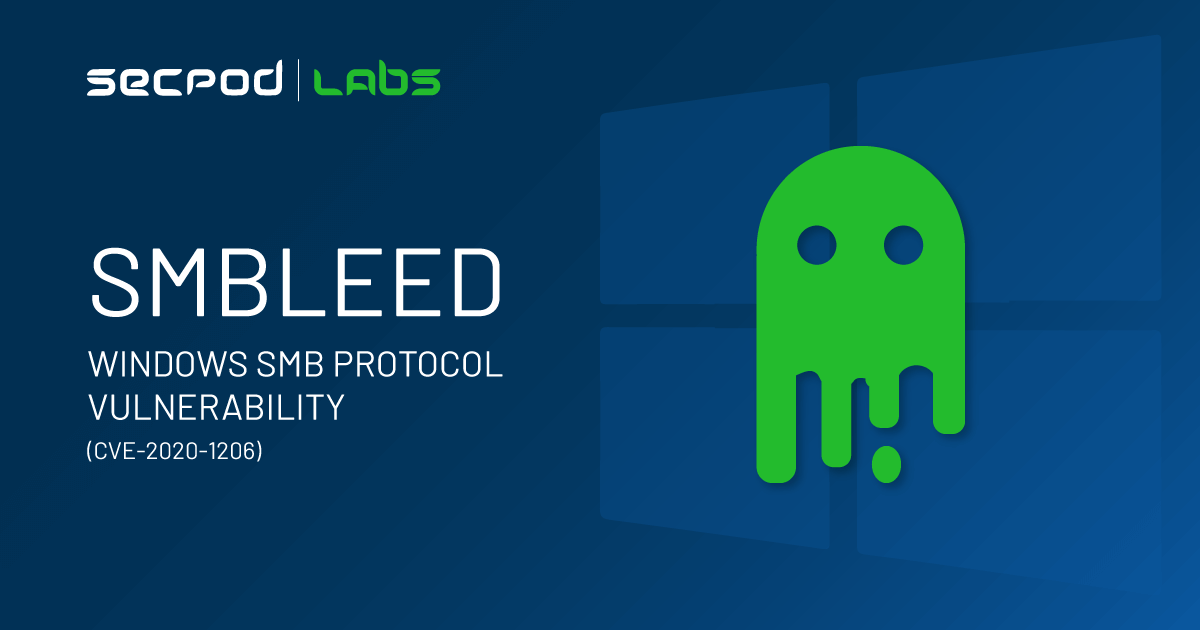