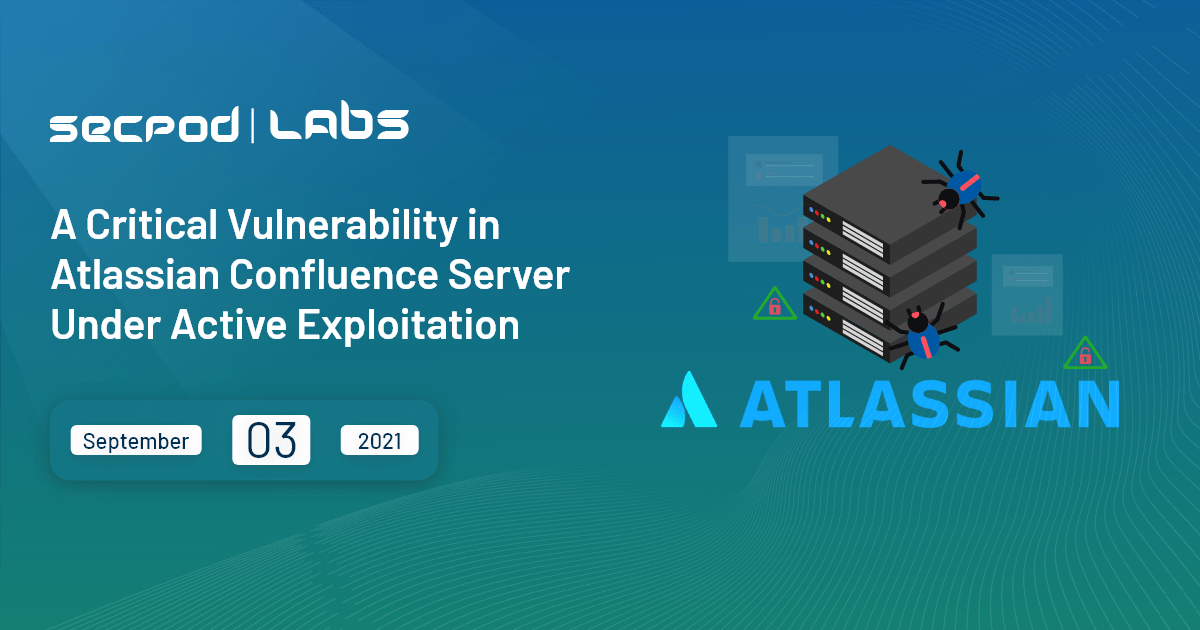 Atlassian Confluence recently published a security advisory to patch a critical OGNL(Object-Graph Navigation Language) injection vulnerability existing in Confluence Server and  Data Center instance. This vulnerability allowed authenticated and, in some instances, even unauthenticated users to execute arbitrary code on the affected Confluence server instance. The flaw is assigned with the identifier CVE-2021-26084 and is considered critical upon receiving the highest CVSS base score of 9.8. The users need to concentrate on the fact that the vulnerable instances can be accessed by an administrator or non-administrator user when the “Allow people to sign up to create their account” option is enabled in the endpoint.

Security researcher Benny Jacob discovered this vulnerability which is exploited actively now. Only on-premise customers are affected by this vulnerability, and Cloud customers are not vulnerable. Normally, the bug requires attackers to be logged in to the network to perform the attack, but under certain circumstances, it even allowed unauthenticated attackers to carry out the attack. The #tag components used in the payload are evaluated as OGNL expressions and are converted into HTML. There comes the risk when the template payload is modified to include OGNL expressions which get converted into java classes accessed in the Confluence code and executes any command or code inside the payload. So all the on-premise customers who have the vulnerable setup need to update their software.

Multiple PoCs are already published regarding this vulnerability. However, it was initially published on Github. When the payload "queryString=alt3kx\\u0027%2b#{6*666}%2b\\u0027" is injected into the post request, the response from the server is "<input type="hidden" name="queryString" value="alt3kx{3996=null}" />". Here #{6*666} is the OGNL expression which gets executed through the exec method of getRuntime() function of java.lang.Runtime class and gets rendered into an HTML page.

Atlassian has also published the workaround details that can be applied to the vulnerable instances if the upgrade to the latest versions is not possible. Analyzing the Windows and Linux workaround scripts released, it is evident that the following five files in the Confluence installation directory needed modification to be safe from the attack:

Windows: cve-2021-26084-update.ps1
Linux: cve-2021-26084-update.sh
Download the above scripts published by Atlassian and update the $INSTALLATION_DIRECTORY parameter to the location of the Confluence Server installed in the machine. Also, make the scripts executable and run them on the affected instances. A restart of the server is required after the script is run successfully. If using a Cluster, the script needs to be executed in each node of the cluster.

An unauthenticated attacker could exploit the Webwork OGNL injection vulnerability to execute arbitrary code on the affected Confluence Server or Data Center instance.

Atlassian Confluence server fixes this vulnerability in the following versions:

SanerNow can detect this vulnerability. We recommend the users of the affected software install the necessary Confluence Server security updates as soon as possible to stay protected.