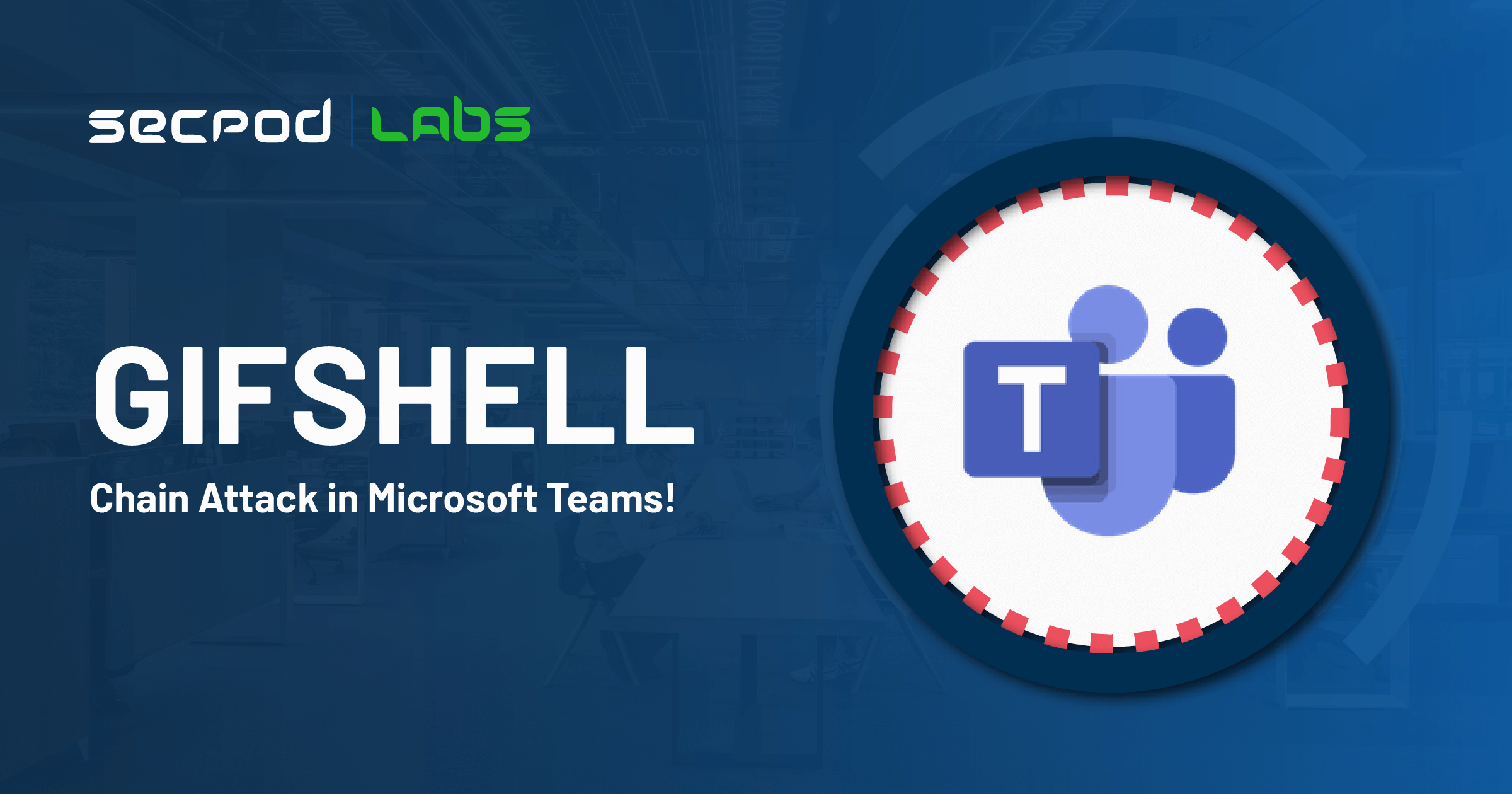 Security researcher Bobby Rauch identified seven different vulnerabilities in Microsoft Teams. These flaws can be used in a series to achieve a new attacking technique named GIFShell attack. The GIFShell attack is capable of creating a reverse shell between a user and an attacker. These crafted GIFs are created by embedding some commands. As sending and receiving messages are through Teams API, EDR or other network monitoring tools cannot detect this activity.

Below are the seven different vulnerabilities that result to GIFShell attack:

The attacker will run client side server (stager) at victim’s machine which he might have sent through some social engineering technique. The server will keep continuously listening to the log file ($HOME\AppData\Roaming\Microsoft\Teams\IndexedDB\https_teams.microsoft.com_0.indexeddb.leveldb\*.log) where Microsoft Teams is adding messages received by the victim. The server is able to read the logs because the log file has low privileges.

On scanning the log file, the server looks for encoded GIF that is received as a message by the victim. It checks if the C&C server sent any commands, executes the same and responds with an encoded URL as explained below.

Microsoft Teams card renders GIF by sending request in the form of “https://urlp.asm.skype.com/v1/url/content?url=HTTP-GIF-LOCATION.gif” which is not validated by Microsoft teams.

As a result, the client side server (stager) appends the encoded response with a URL which will be sent to the Attacker’s IP as follows.

Protection Against the GIFShell Attack

Use our Advanced Vulnerability Management solution to ensure your organization’s devices are fully compliant, secure, and updated.