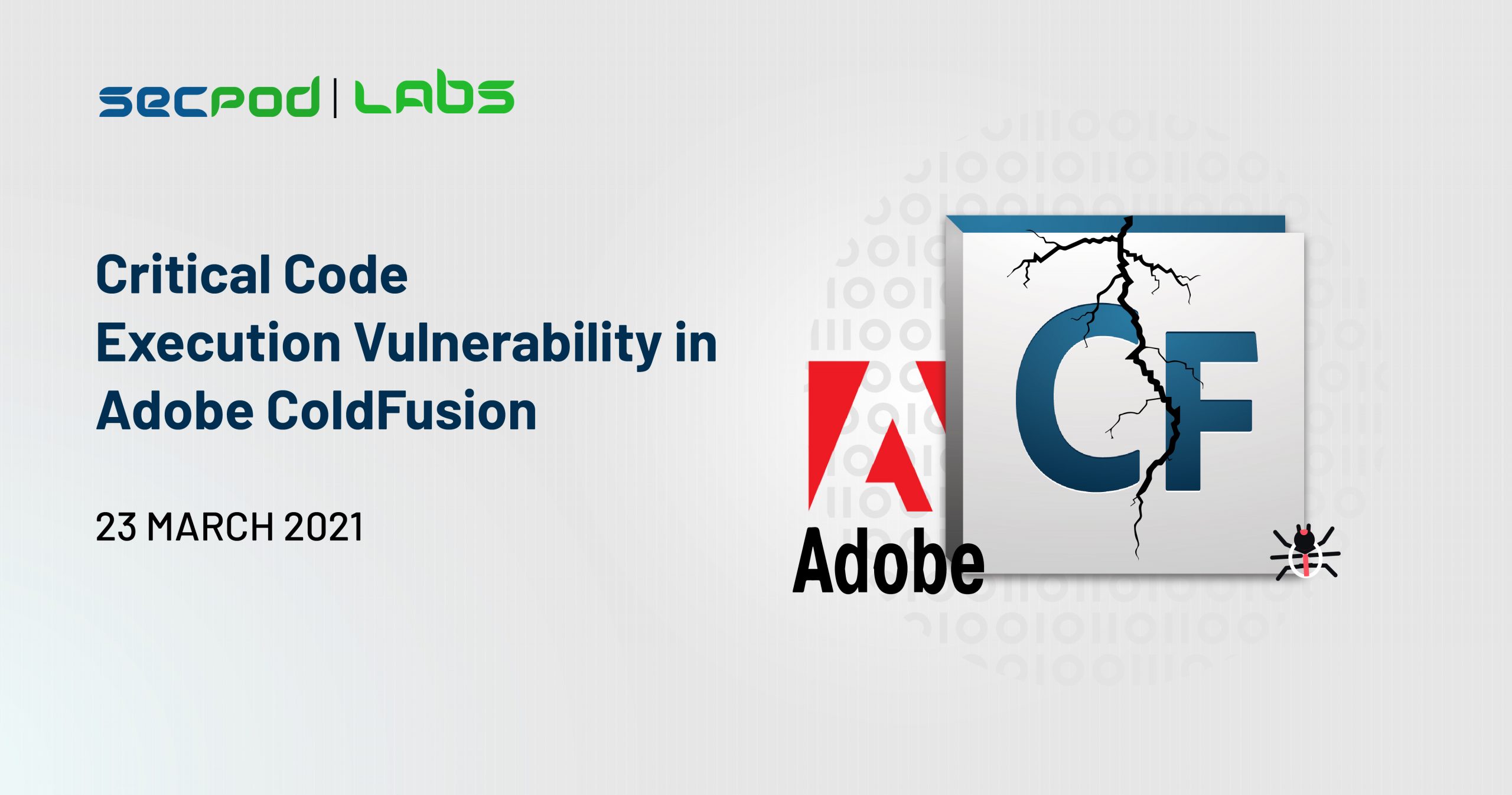 Adobe has released a critical security update that impacted Adobe ColdFusion and is assigned with a priority rating of 2. The Adobe Coldfusion Exploit found in the product affects ColdFusion versions 2016, 2018, and 2021 that would lead to arbitrary code execution.

The advisory published outlined the following information about the vulnerability:

This critical vulnerability stems from an improper input validation which means the affected product failed to properly validate the input provided by the user, which would affect the control flow of the program. As a result, this would allow an attacker to execute arbitrary code. However, there are no known instances of exploitation of this vulnerability by malware or threat groups.

It is important to note that applying the ColdFusion update is not sufficient to secure the servers. Users should also update their JDK/JRE to the latest version of the LTS releases for 1.8 (JDK/JRE 8) and JDK 11 correspondingly. The technotes found in the advisory have more details on applying these patches.

Adobe has released the patch for the vulnerability. It is recommended that the affected systems should be patched as soon as possible. SanerNow can detect these vulnerabilities.

The Saga of the infamous Citrix exploits