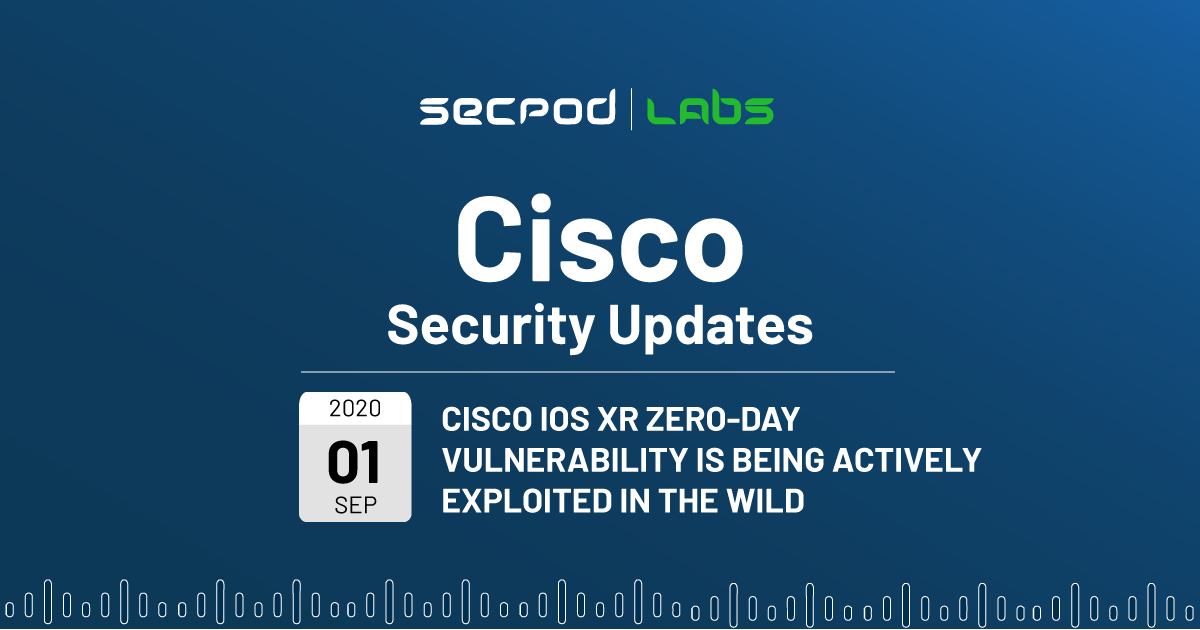 The high severity zero-day vulnerabilities have been found in Cisco IOS XR – An Internetwork Operating System (IOS) that is shipped with Cisco’s networking equipment. The vulnerabilities allow an unauthenticated, remote attacker to exhaust process memory and crash the other processes running on the affected device.

Cisco has released a security advisory and warned of an actively exploited zero-day vulnerabilities in the Distance Vector Multicast Routing Protocol (DVMRP) feature of Cisco IOS XR Software that is installed on carrier-grade and data center routers according to Cisco.

According to Cisco’s advisory: “The vulnerabilities are due to insufficient queue management for Internet Group Management Protocol (IGMP) packets. An attacker could exploit the vulnerabilities by sending crafted IGMP traffic to an affected device. A successful exploit could allow the attacker to cause memory exhaustion, resulting in instability of other processes. These processes may include, but are not limited to, interior and exterior routing protocols.”

The vulnerabilities could affect any Cisco device that is running any release of Cisco IOS XR Software along with multicast routing enabled for an active interface.

Check if Multicast routing is enabled:

The following entries may be seen in the system logs when a device is compromised.

The vulnerabilities allow an unauthenticated, remote attacker to exhaust process memory and crash the other processes running on the affected device.

The vulnerabilities affect all versions of Cisco IOS XR Software installed on any Cisco device, with multicast routing enabled for an active interface.

An Administrator can create ACE to an existing ACL or create a new ACL for a specific interface that denies DVMRP traffic inbound on that interface. The following command can be used to implement an ACL