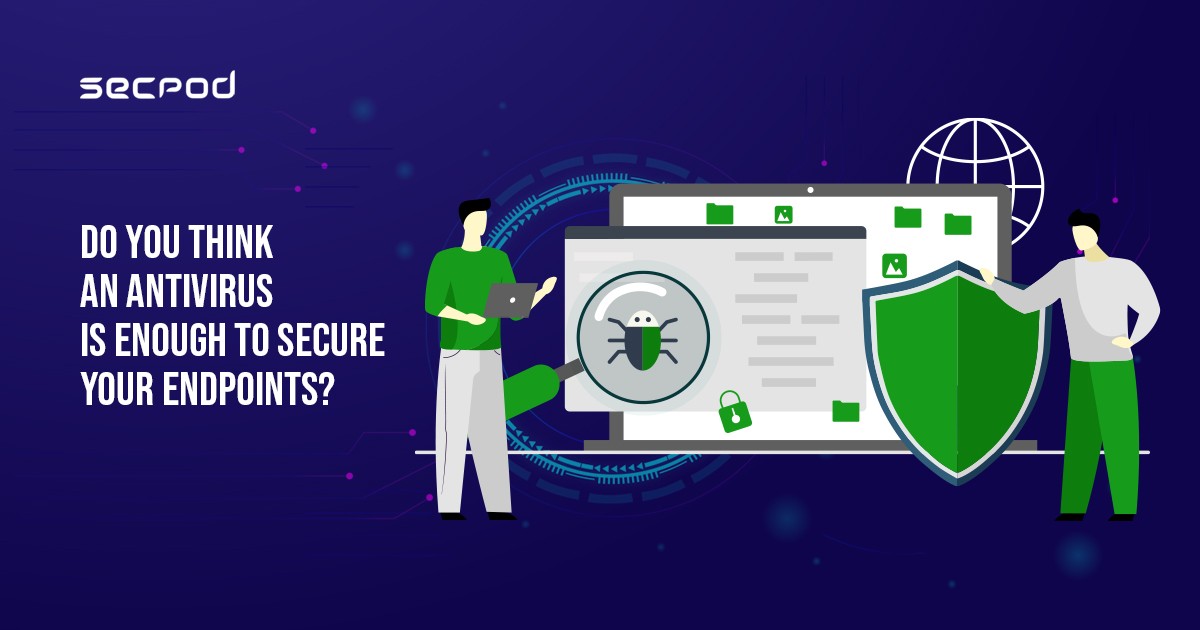 Cybersecurity is a significant aspect of concern for any business today. People running businesses often feel that the antivirus they use on their personal endpoints could provide a similar level of protection on the endpoints facilitated across their organization. If you put the endpoints in circulation today in contrast to the ones that are at least a decade old, the interconnectedness that the present-day endpoints offer is unequivocal. The interconnectedness of the IoT era increases the challenges and complexity in cybersecurity.

As attackers find new and clever ways to infect the organization’s endpoints, antivirus shields are not leveling up with the current attacking speed. For example, you might have noticed that big organizations are failing to cope with malware attacks irrespective of having the best antivirus software. So, it shows that Antivirus is more like a “cure after an attack” solution, which might not work.

With a rise in complexity in cybersecurity, boasting a conventional antivirus isn’t enough today to safeguard your organization and its digital infrastructure. If you still think having an Antivirus is enough to help you protect your digital fortress against any potential and unexpected cyber-attacks, then this article is for you. As debatable as the topic seems right now, we are also sure that readers might have opinions of their own as they’ve been relying on Antivirus for decades now.

Without further ado, let’s ponder on the question, ‘Is Having an Antivirus Enough for Your Cyber Security Infrastructure?’

Gone are days when a victim must click on a link to exploit an attack. For example, nowadays, an episode called “drive-by downloads” confuses a simple website to pull malicious content from a bad website. So, when any user visits such infected websites, they get victimized unknowingly. Further, this also suggests that Antivirus still does not have proper coping mechanisms for such scenarios, especially when addressing complexity in cybersecurity.

Back in 2014, Symantec’s Senior Vice President stated that antiviruses are less than 50% effective against any cyber-attacks due to a steep increase in complexity in cybersecurity. The plausible reason for this conclusion is that antiviruses, in general, are a little slow to scan and detect vulnerabilities. And by the time the scanning is done, the malware would already have found a way to infect most of the endpoints.

Approximately 69% of IT Organizations have observed the antivirus detection rate is gradually decreasing with every passing year. Reports suggest that some antiviruses even take a week to scan 90% of the network. By the time the scans are made, anomalies quickly spread from one endpoint to another like a wildfire intertwined in a major network. Moreover, this flaw enables attackers to access the backdoor to any said network and carry out several malicious activities.

Most antiviruses are unable to detect a malware threat. For example, a signature-based antivirus software follows a definition-based algorithm to detect threats. If the definition matches the threat, you will get a threat detection message; otherwise, the threat will go undetected. Hence if the antiviruses cannot come up with an updated signature, most of the threats remain undetected.

As the cyber attacking strategies are changing day by day. The cyberattack hacks that were practiced in the yesteryears are not in use, they have become more sophisticated. Currently, attackers are using several social engineering methods to convince users to fall prey to a cyber-attack. Antivirus software is not versatile to detect any social engineering attacking procedures.

Other than slower scans and inferior scanning performance, conventional antivirus tends to share the user data with the manufacturer, which affects your privacy and further increases complexity in cybersecurity. Given that you might come across several free antiviruses, which might seem lucrative at first, then make your systems more vulnerable than their paid counterparts. Even that paid antivirus cannot keep up with the comprehensiveness of a modern-day endpoint security solution.

A complete endpoint security solution is what enterprises need

I am sure the above points will force you to rethink your cybersecurity infrastructure. It might be alarming at first for any IT admin and security team in an organization, but the truth can’t be avoided for long. In the dawn of the era of the internet, Antivirus did serve its purpose but the complexity in cybersecurity needs a better solution. With the world in constant flux, the need for a comprehensive endpoint security solution has become critical. So, it would be best if you think beyond antiviruses as a sole cybersecurity shield.

Cyber-attacks are getting more powerful and robust over time. Keeping up with the trends has never been this important up until now. You are encouraged to switch to a comprehensive endpoint security solution tool that will give you more clarity about any prevailing and potential threats. The device should detect all the threats in and out and provide you with an efficient remediation process.

SecPod SanerNow is designed to do more than what conventional antivirus software can achieve. SanerNow platform has some fantastic features like Endpoint Management, Vulnerability Management, Patch Management, Compliance Management, Endpoint Threat Detection, Response, Asset Management, etc., all under one roof. It is basically built with a vision, “Prevention is better than cure”.

SanerNow is fast, accurate, robust, and always keeps you on the go to check your asset health, remediate any possible threats while keeping your system compliant. It is reliable and has an excellent real-time scanning module that does not intervene with your daily routines.

Get a Free Trial of Secpod SanerNow to know a world beyond Antivirus.